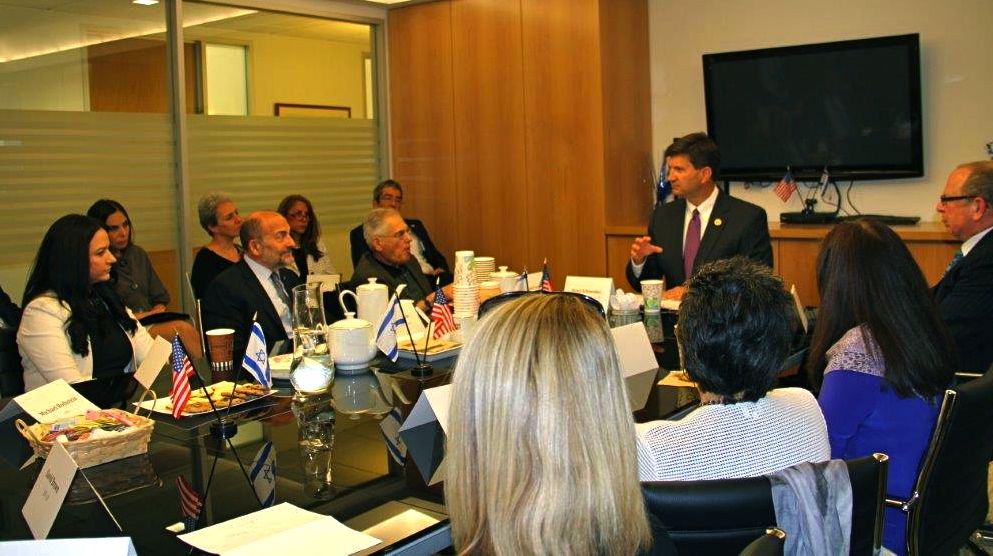 The discussion included remarks by Schneider regarding his recent trip to Israel as part of a group of freshman members of Congress. The annual trip, sponsored by the American Israel Education Foundation, is intended to help educate political leaders and influentials about the importance of the U.S./Israel relationship through firsthand experiences in Israel, briefings by experts on Middle East affairs, and meetings with Israeli political elite.

This year’s trip included the largest delegation of freshmen Representatives ever, out of 37 Congressmen in attendance, 31 were freshmen. The group was led by Rep. Steny Hoyer (D-MD), who has participated in the trip for 13 years.

Schneider has actually been to Israel 14 times, this was his second trip there in 2013. He has always been a strong supporter of Israel and of the U.S./Israel relationship.

Being there in person shows Israel through a different, more personal lens, Schneider explained. It is important for people who make decisions about U.S. involvement to understand the proximity to danger. During the trip, Schneider and the others stood on four of the five borders of the country. No border in Israel is safe: At every border there is concern that Israel will face defending itself – there are profound threats all around. For example, there are 87,000 rockets in Lebanon aimed at Israel. The group did not go to the Egyptian border.

Schneider also discussed the Peace Process now under way. He said that while expectations remain low, U.S. Secretary of State John Kerry is extremely highly regarded in Israel and elsewhere, especially in terms of how he is handling the talks. Kerry has said he would listen and try to allow both sides to be heard, and leaders on both sides have indicated Kerry is succeeding at this pledge.