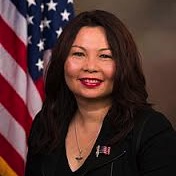 In Her Own Words

"Supporting women should be a national priority. Our nation will never be able to achieve what it is truly capable of until women have full equality. It’s time for all of us to follow in the footsteps of those women who sacrificed so much for our country and do whatever is in our power to make sure that our daughters have every opportunity they deserve.” 1

I fully support a woman's right to control her own body. I do not support any further restrictions on a woman's right to choose or her access to safe, affordable reproductive health services. I trust that women will make the right decisions for themselves and their families in consultation with their own medical and religious advisors. I believe that all Americans are afforded a right to privacy and the right to make personal decisions about their health care without coercion." 2

“Israel is one of the United States’ most important allies and as a Member of the Armed Services Committee it is a priority of mine to find ways to strengthen our strategic partnerships in areas such as missile defense and Iron Dome. As a prospering democracy in a tumultuous region, Israel faces unique challenges and I hope to further my understanding of how the United States can stand shoulder to shoulder with our great ally."  3

She is the first disabled female veteran elected to the U.S. House of Representatives and U.S. Senate.

Her father worked for the U.N., so while she was born in Bangkok, Thailand, her childhood spanned countries including Indonesia, Singapore, Cambodia, finally moving to Hawaii when she was a teenager.

Returned over $100,000 in congressional office funds to the U.S. Treasury in her first year in Congress.